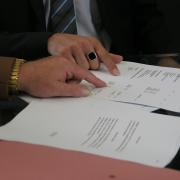 The most obvious example of a financial conflict is when a land-use decision-maker has an ownership interest in the property that is the subject of the requested action. A review of court cases from around the country reveals numerous other possible conflict situations:

The tangle of familial relationships that can potentially give rise to conflict of interest questions is equally broad:

Many communities, boards or commissions have adopted bylaws or policies that govern conflict, and some state codes require specific action to be taken where conflict of interest may exist. Care should be taken to follow any applicable standards in effect locally. While the advice to confer with legal counsel is always sound, some communities require that potential conflict of interest issues be declared and discussed at an open meeting and a vote taken to determine if an actionable conflict is present. Again, local practice should be followed when applicable. In addition, many local and national planning organizations provide models and standards for resolving conflict of interest issues.